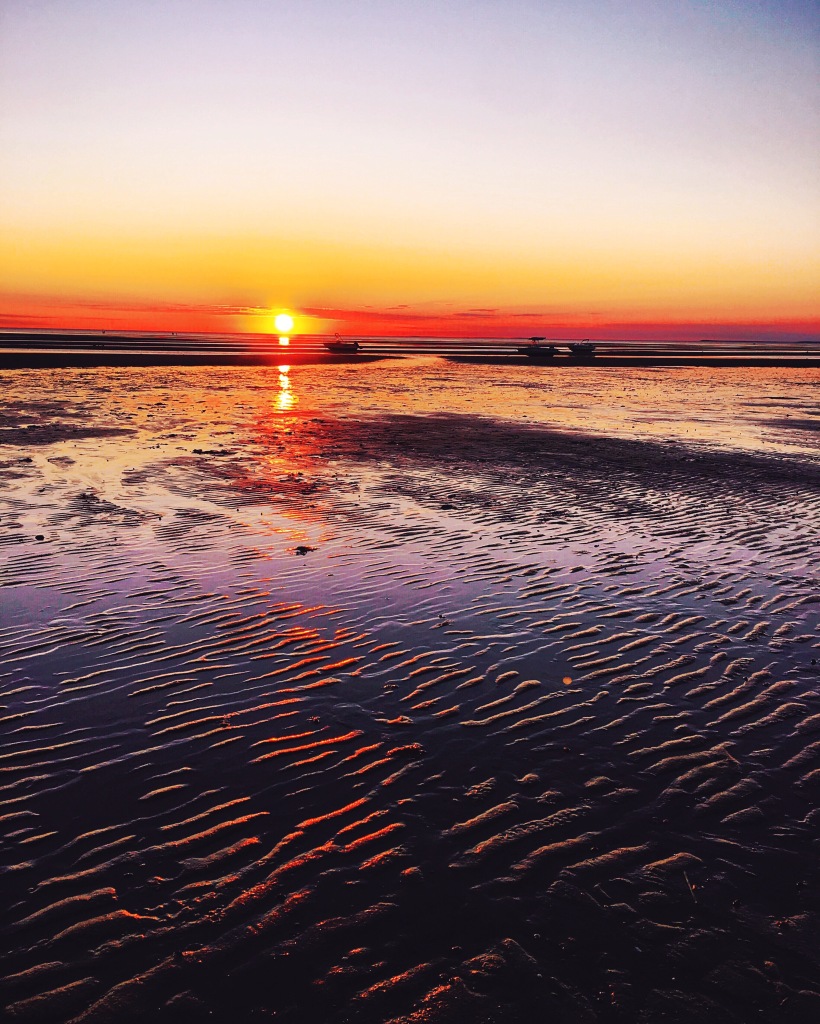 Every August, without fail, I have a mini ‘Oh my gosh, summer’s ending!’ panic and this year is no exception. What that means is that I try to cram all of my favorite summer things – going to the Cape, eating seafood, swimming, reading outside… – into the last few weeks of August while simultaneously eagerly anticipating the fall to come.

There isn’t a CSA update this week, and I won’t have one next week either, because in anticipation of spending last weekend at the Cape, I took a smaller, modified share (carrots, cukes and cherry tomatoes that were all used as unadorned easy snacks) and I took this week off from volunteering which means no share for me. The break has been nice and I’m looking forward to the late summer/early fall bounty to come.

When I’m not busy summering-it-up to the best of my ability, I have been participating in the Merrimack Repertory Theater’s Cohort Club which is both a fascinating experience and a nice bridge to the colder months to come. Rehearsals have begun for the first show of the season, 45 Plays for 45 Presidents and I’ve attended the first read-through of the script and one rehearsal.

After attending the first read-through for 45 Plays for 45 Presidents, I immediately told Kristin how excited I was to see the show and how fun I thought it would be to see it together. One of our favorite things about last season was that after every play we saw, we had long and in-depth discussions about what we had seen, how it made us feel, how it connected with our lives and the larger world… You know, all the stuff art is supposed to do.

I had skimmed the play before the read-through, but hearing it read really got my brain buzzing. The play has a bit of everything: history and sharp political commentary, obviously, but it is also hilariously funny, it’s incredibly poignant, it has puppets, it has a song-and-dance number, it’s farcical, it’s moving… it’s 45 plays all wrapped up into one.

I’ve been eagerly reading everything my fellow cohorts have written* about their experiences, and yesterday morning as we were having coffee, I mentioned that to Kristin and I told her that I was looking forward to observing a  rehearsal later that day. She asked if being so familiar with the play and the process would take away from my experience of seeing the “magic” of the finished product, I told her that I didn’t think so, but that I’d never done anything like this before so… who knows?

After yesterday’s rehearsal, I feel pretty confident saying that this experience will only enhance my appreciation and enjoyment of finally getting to see the show in its final form. I definitely get caught up in the magic of live theater and suspension of disbelief is a skill that comes easily to me. I understand that a lot of hard work goes into that magical thing that is happening in front of me, but I had never actually thought about what exactly that means and how it looks to create that magic. Now that I have a better idea of what it looks like, I am blown away.

The part of the rehearsal that I attended covered seven of the mini-plays about seven different Presidents. The plays ranged from incredibly moving – one of them almost had me in tears watching the rehearsal – to sharp and biting, to laugh-out-loud funny. It was amazing to see the actors in front of me work to embody all of the emotions and characters required of them, not to mention the results of the prior work of memorizing their lines and understanding the context of each President in American history.

The last President that I saw rehearsed has some really tricky bits in it and seeing the process of Sean, the director, describing what was going to happen and the team work through making it happen was amazing. It was a team of people working together to solve the logistical problem of how to get what where without distracting the audience that, in the final product, won’t even be noticed by the audience because they’re just going to see the magic – the acting, the gag, the emotions – and they’ll laugh because it’s a really funny bit.

That’s what this experience is giving me, a deeper appreciation for the work that goes into making the magic. The final product seems effortless, but there is something magical about watching professionals work together to create a production that appears to magically and effortlessly unfold on the stage.

You should definitely make a point to see this show if you’re local. It’s smart, and funny, and interesting, and fun, and thought-provoking, and did I mention there’s a song-and-dance number?

* My fellow Cohorts’ writing about the play and other interesting behind-the-scenes information can be found on MRT’s blog. It’s a must-read.

Hi my name is Marianne Gries, welcome to Art is the Handmaid of Human Good. I use this space to write about and share pictures of things that interest me. That includes my life in Lowell, my adventures in car-lite living, the food I cook and eat, my dogs, home improvement projects, vacations, knitting, and interesting things and places I see and visit. Thanks for stopping by!

Art is the Handmaid of Human Good

Hi my name is Marianne Gries, welcome to Art is the Handmaid of Human Good. I use this space to write about and share pictures of things that interest me. That includes my life in Lowell, my adventures in car-lite living, the food I cook and eat, my dogs, home improvement projects, vacations, knitting, and interesting things and places I see and visit. Thanks for stopping by!